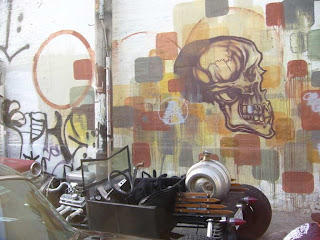 Alright, no blog bashing about slacking on the posts. Yeah, I know it's been awhile since the last post. I apologize to anyone that's been checking in. I've been meaning to post more of the pics from the LA trip last June. I think I'll just have to organize them and throw them up on the ol' Flickr account. Until then, check these out.

Here's an example of what you can find if you wander around in the back allies. Can't remember what streets these were on. 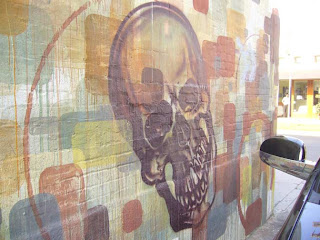 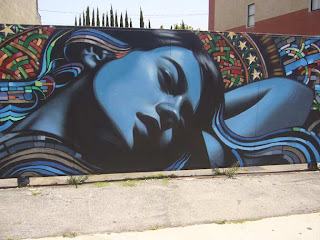 I had to pull over and take shots of this mural when I saw it. Been a fan of The Mac for awhile. Just never saw his stuff up close and personal. He has "mad skills" as the kids say. 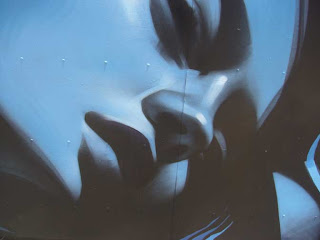 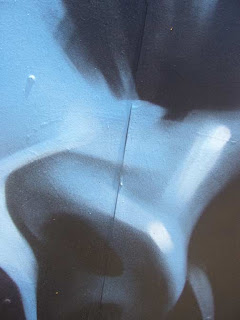 I just love the fact that you can wonder around LA and find all this cool art on the walls and back alleys . LA's streets are like an ever growing art museum that changes every time you explore it. 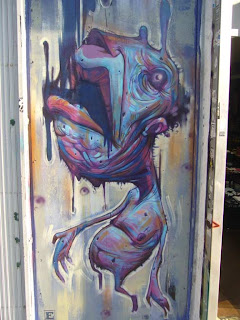 Here's another artist I've been into. Just happened to be shopping and saw this cool piece by Ekundayo. Mad skills, kid. I'll have to write down the street names next time so I can tell you where these were at. 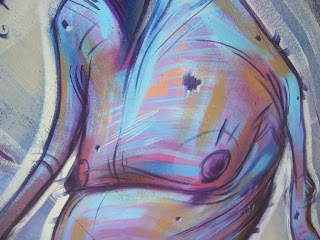 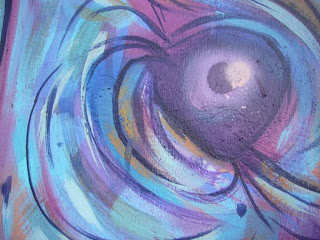 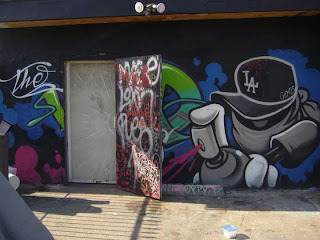 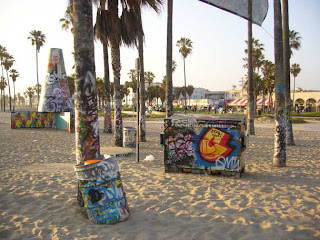 Even Venice beach was covered with graff. Go figure. I'll have to post more pics on the Flickr account. I went down to see some art shows while I was there, but I think I was more inspired by the art I saw on the street. 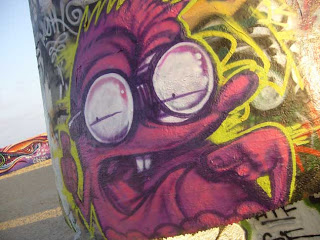 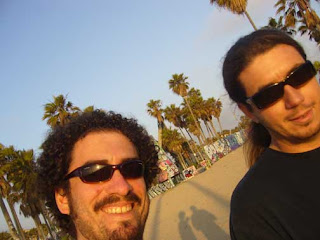 Spent the last part of the trip catching up with my cousin Bobby, drinking beers, and stumbling around Venice beach, reminising about when we were kids. It's funny to me (and sad) that our Star Wars action figures have now been replaced by crackberries, cel phones, and digital cameras.

Anyway, promise to post more now. I'm back out of the cave. Speaking of caves, I'm going to go play with my Rancor.

Peace.
Posted by Augie Pagan at 10:49 AM 4 comments: Links to this post