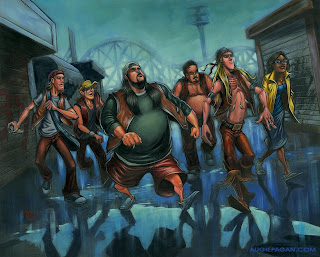 As mentioned in the last post, this Thursday is Gallery 1988's Crazy 4 Cult group show. I've been super excited to do something for this event. The above image is the final painting that I submitted for the show. For this group show, artists were asked to pick from a long list of cult movies, and asked to do their own take on the movie or movie characters . The only hard part was trying to figure out which movie to do. 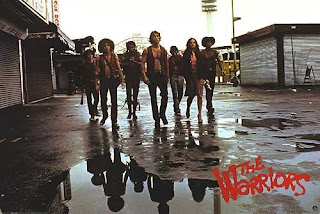 I kept going back and forth between The Big Lebowski and Kevin Smith's Clerks movies. I also love the movie The Warriors, but I thought I had gotten that itched scratch when I did this piece for a Zodiac themed show (year of the dog vs The Warriors). For some reason though, when I came across the classic shot above, from the Warriors flick, the idea just clicked. It seemed like the perfect fit to have the cast from Clerks II, dressed up in Warriors fatigues, strutting down Coney Island (maybe it's just me). That last part of the movie is just too classic. Waaaaaaaaaaaarrrrrriors! etc etc. It would be cool to see a Warriors movie cast with the Clerks characters. Maybe Michael Mann will reconsider. 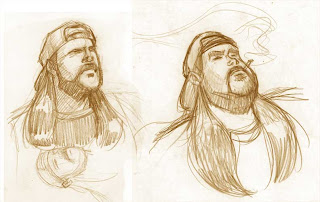 Anyway, the idea of only doing two characters (Jay and Silent Bob) immediately went out the window after that idea came into play. Now it was all about drawing and composing six characters into a scene. The following sketches are some of the early studies that came out of trying to compose the image. 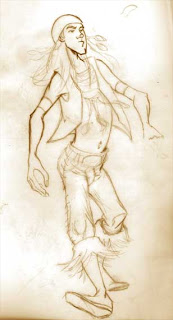 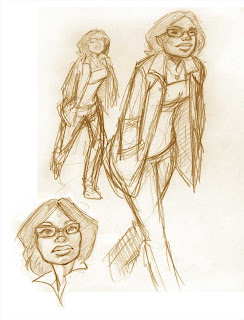 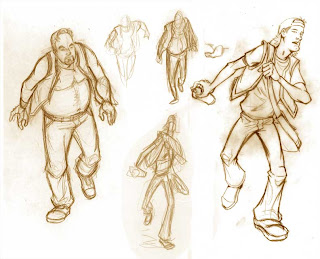 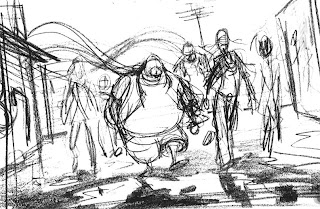 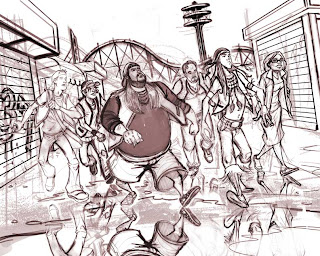 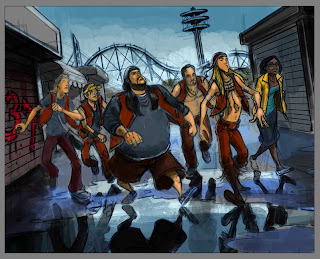 I hope you guys enjoyed the tour of what went into this latest piece. I think only hardcore Smith fans will get the 37 reference. I'm not going to explain it here in case my mom might be reading the blog. By the way, if you're a Kevin Smith fan that lives here in the Northwest, go get your tix for his first Q&A here in Seattle. Should be fun. Also, as soon as Gallery 1988 posts the rest of the pieces from the show, I'll post the linkage for you guys. Can't wait to see the rest of the show. Stay tuned.....
Posted by Augie Pagan at 12:47 PM

just gotta say how awesome this painting is Aug!

Awesome stuff. Keep up the posts on here. Good to hear how my cousin up north is doing every once in a while.