Last year I was asked to come up with a character for a local restaurant, called AMA AMA. The name of the restaurant is based on the traditional Japanese Ama divers that specialized in free- diving for oysters, shellfish, lobsters, sea urchins, and pearl diving. They would traditionally only wear a loincloth, without scuba gear or air tanks. (thank you wikipedia) The style of the restaurant was very retro. Late 50's early 60's. The owners wanted the character to reflect that look, as well.

The above image was the pose they liked. I scanned one of their business cards, added some texture behind the logo, and put it all behind the character to see if it all had the same vibe.

I remember one issue was using a nude character for a family restaurant. They asked to have her hold an oyster with a pearl over one breast, leaving the other one in profile. Is she less nude without an areola? I don't know. It was an interesting thing that came up that I didn't even think about. I'm just glad they wanted to stick with the traditional nude diver instead of asking for a top on her. 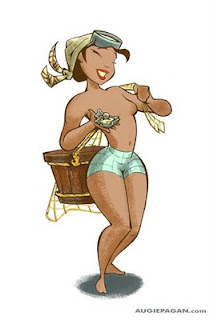 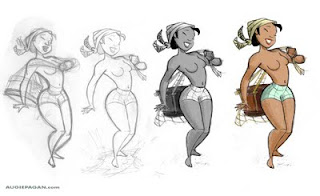 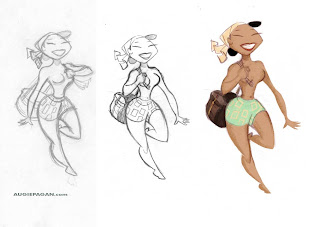 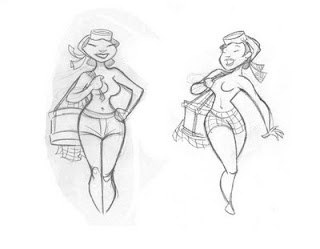 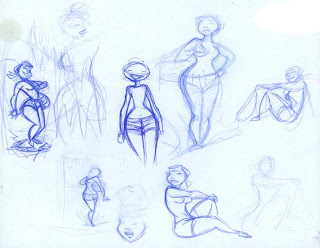 I had never heard of ama divers. It was pretty interesting reading up on them. These ladies had to be pretty hard core to be diving those deep waters. Here are some links with more info on ama divers, if you're intersted. Link01- Link02 There are also some amazing photos from photographer, Iwase Yoshiyki, here.
Posted by Augie Pagan at 7:49 PM 8 comments: Links to this post 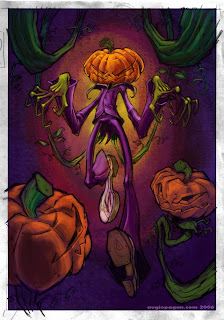 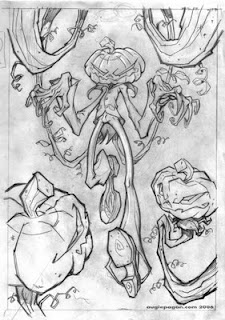 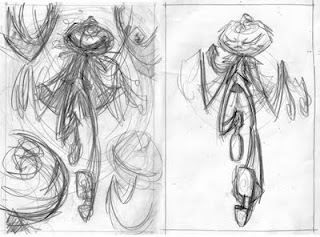 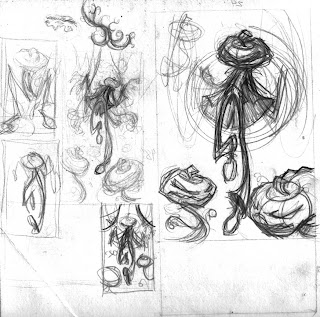 While sifting through old computer files recently, in an attempt to get more organizized, I found these old studies of Jack Pumpkinhead. They were for an Oz themed show I had back in 2006.
In hindsight, I should have gone for a less saturated purple background. If I get some spare time, I might have to take a crack at this one.
Posted by Augie Pagan at 1:49 PM 1 comment: Links to this post