It's been a week since the San Diego Comic Con, and it's taken a week to digest it all. Here's a "quick" rundown of the con, and what went down prior to that trip.
A week before San Diego, I was back home in Gilroy visiting family, friends, and getting ready for a family reunion.
I got to see some of my dad's choice vinyl pics as he had just recently pillaged through a HUGE vinyl collection someone was getting rid of. He only picked the ones with cool illustrations with the thought of framing and selling them. (Yet another get rich quick scheme.) 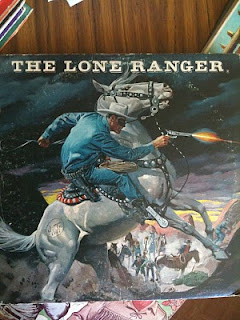 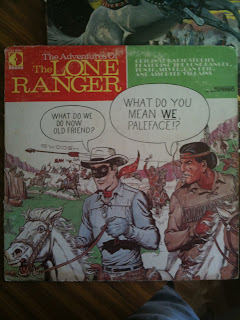 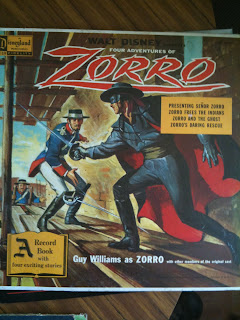 After a few days of back to back bar-b-que's, and hanging out with family and friends, I headed to my cousin Larry's as we both got ready to head to the con. 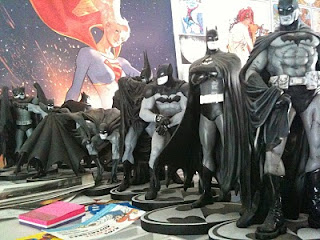 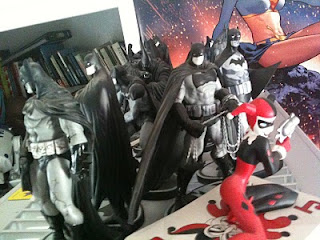 He kindly made room for me in his studio as we both needed to finish up projects before catching our plane in the morning. He was finishing up his page samples and I had one last freelance job to wrap up. 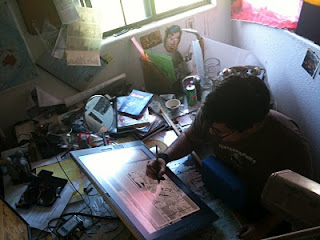 There was many a geek conversation had that night, but we got our work done in the wee hours of the morning, and then headed out to the airport to catch our plane.
The con itself has gotten so huge over the years, I don't even know where to begin. I usually come back with tons of books, but I was pretty conservative this year, and the three books that I keep coming back to and would highly recommend are these:
Marcos Mateu's book, Framed Ink, is a great book on drawing and composition. Mateu has an impressive resume in the movie industry and is a storyboard genius. The man can draw like no one's business and the things that he covers in his book are tried and true approaches that everyone should brush up on, since in a nutshell, we are all trying to tell stories with our art. 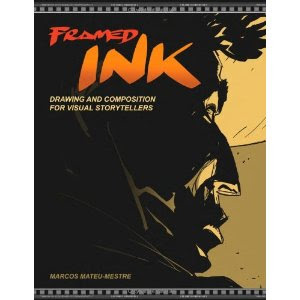 Speaking of guys that can draw like a mofo, do yourself a favor and pick up Eric Canete's new sketchbook, EGG. Canete's background in story boards and comics comes through in this book with tons of great art and sketches. You also have to love the latest book design. Something that Canete pays attention to with a different look for every sketchbook. 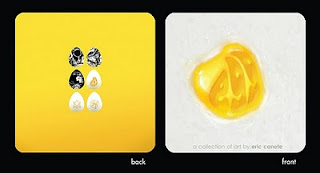 Lastly, for you painters, Robh Ruppel's book Aspect Ratio, is a great one to pick up. Robh's background is in matte paintings and character designs. There's no shortage of great background work in this latest book. 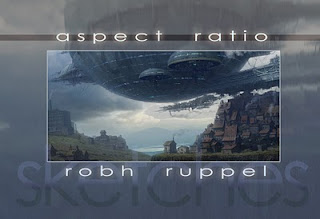 Anyway, as for the con, too much to say to wrap it up in one sentence. Below are some pics from a Steve Rude panel I checked out. It was actually the only panel I went to, and it was great to chill out from the madness on the floor and watch the man paint for two hours. Good stuff. 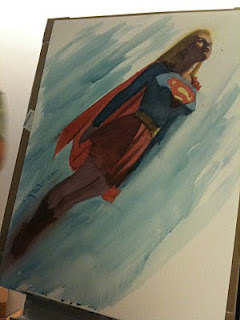 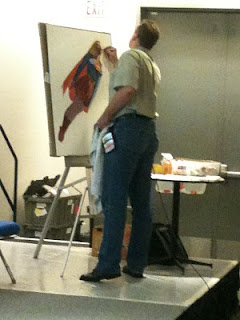 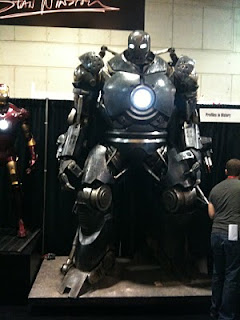 If I had the room and the money, and a Bruce Wayne Mansion, I would have this Iron Man suit and the Tron bike in my entryway. 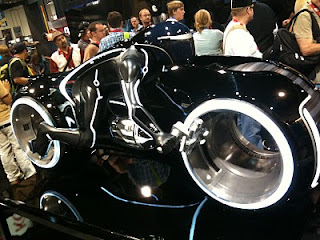 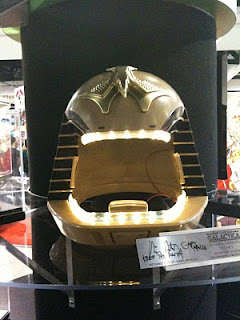 This old school Battlestar helmet, or the Alien/Predator head might be more affordable, but not yet. 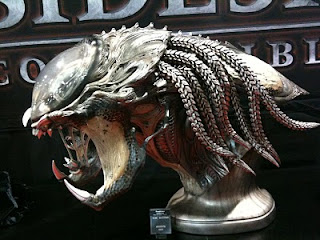 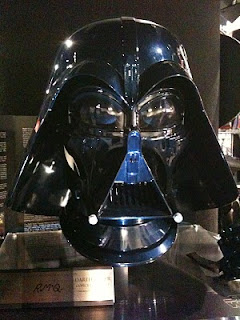 This new Vader helmet is pretty noteworthy only because they used the old Ralph McQuarrie designs when they made it. 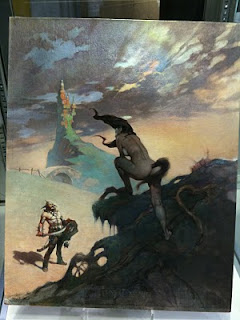 If I had the extra cash, I would definitely buy this Frazetta or the Leyendecker painting without batting an eye. Even without the head, (THE HORROR!) still worth buying, just to study it every day. 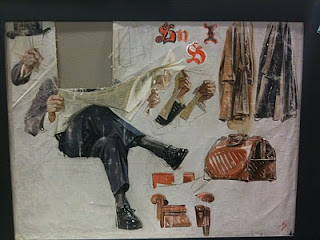 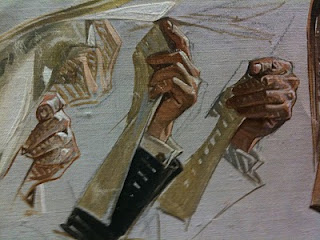 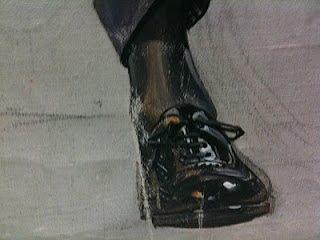 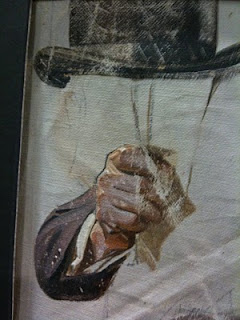 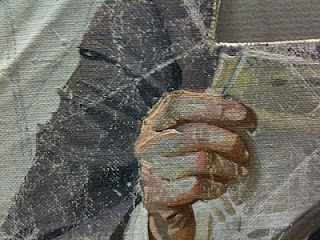 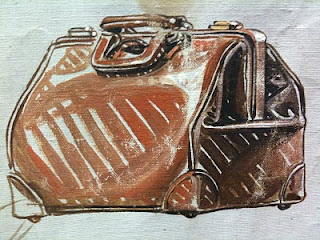 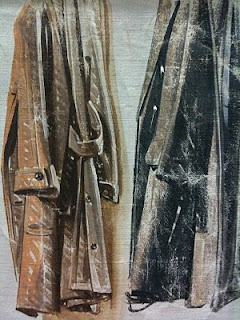 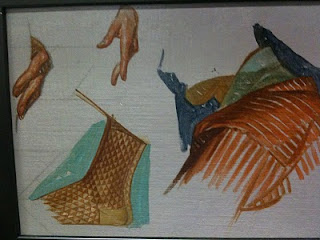 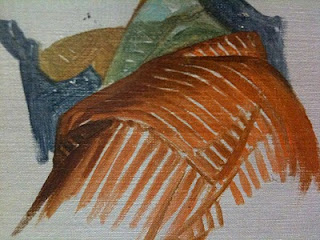 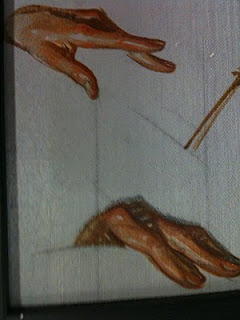 The Museum of Contemporary Art in downtown San Diego has a great urban art exhibit as well. The exhibit had everyone from Shepard Fairey, Swoon, Banksy, Invader,and some other artists that are worth checking out. They all had pieces on walls around town and you can get a map at the museum that shows you where they are all at, like the Invader piece below. Arrested Motion has some great coverage of the show on their blog. 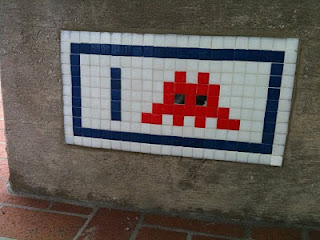 There was one artist at the show that I had not heard of, and I have to pass along his website so you can see how genius this is. Alexandre Farto does these amazing carved out faces on the sides of walls that you have to see in person. You can check out his technique in the below picture, but if you can't get to the show, defineitly check out his website. 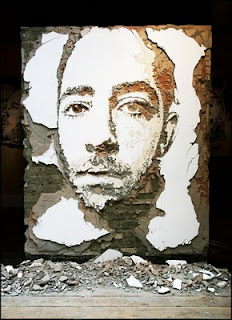 During comic con week, it was hard to miss the news on the Darth Vader bank robbery. If that wasn't enough, comic con had it's first stabbing in hall H. I think those were just the cherry on top of a crazy week in San Diego.
The were two other geek sitings worth mentioning. I bumped into Rob Corddry at a restaurant and tried to offer him a drink. That was surreal since I had just seen Hot Tub Time Machine the previous weekend. There was also another night where I was sitting at a bar, and Olivia Munn walked by. Her waist at my eye level. (In Borat voice) Very nice!
Anyway, it was great to see everyone at the show, catch up, and even make some new friends. We'll see if I have the energy to do it again next year. Until next time, enjoy the links. Also, if you want to see more pics from the con, I dumped a bunch here.
Posted by Augie Pagan at 2:22 PM