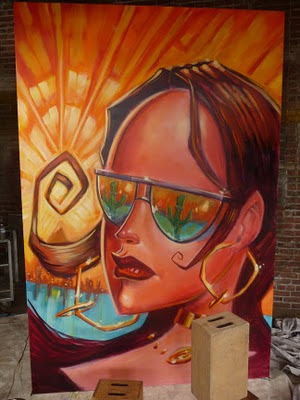 If you're not a Tivo addict, and you live in the Northwest, you might have seen this local commercial for Taco Time, this month. The franchise has three new drinks they're promoting. The concept was to get three local artists to do their interpretation of the drink, summer, the Northwest, etc., and jam out a painting in their style for the commercial. 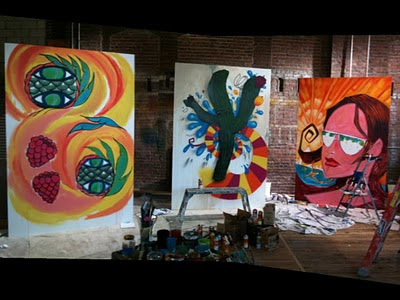 I got to do the commercial with local artists, Jeff "Weirdo" Jacobson, and Angelina "179" Vilalobos. Check out their sites when you can. These two are always working something cool around town, and probably have some shows in the works, as I write this. 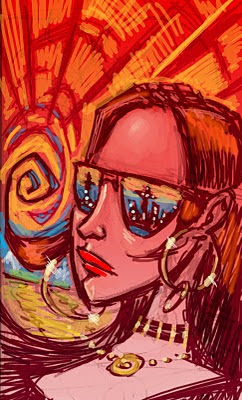 I did a few pages of rough thumbnails (below) before picking four to color up. The above color comp (scanned and cranked out in photoshop) is the one that was picked. 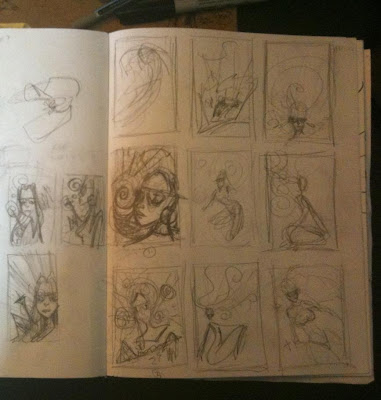 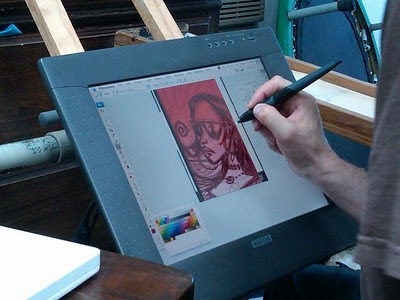 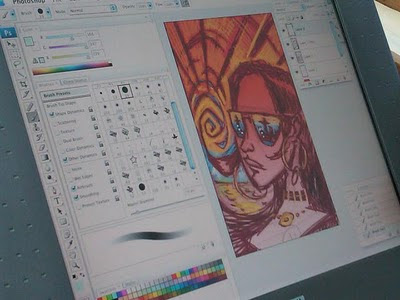 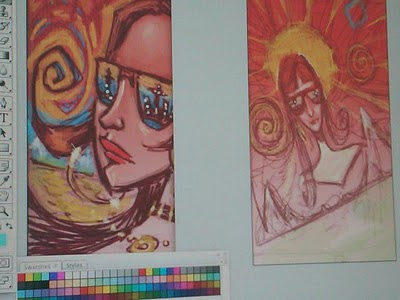 I was actually working on these comps while down in Cali, a day before heading to the San Diego Comic Con. My cousin Larry let me work on a spare wacom tablet while he worked on his comic pages. My bro popped off these shots on his phone while we were hanging in his studio (Thanks Dre!) 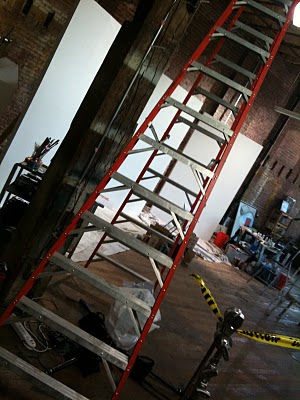 The commercial was scheduled the day after I got back from the Comic Con. It was a two day shoot, shot in a space in lovely Georgetown. There were a couple of time lapse cameras in the rafters, and some other floaters that were set up for other shots. It was all pretty spontaneous. After everything was set up, we came in, they rolled the cameras, and we went to town on the canvases. 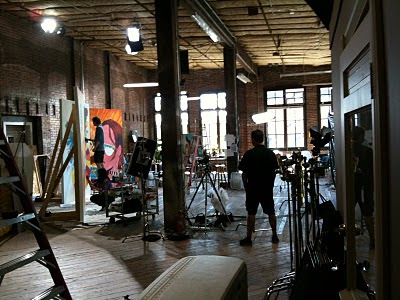 It was a really fun shoot overall. Just kind of weird to have to stop your work flow in between set ups. Really gets you out of the zone for a few minutes, but then, back to it. With all the starting and stopping in between painting, I think we all got in 8-10 hours of actual painting. Kind of an aggressive schedule, but it just makes you think differently while you're executing the work. 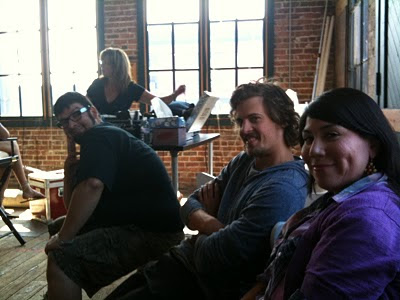 Here are Jeff and Angelina chillin' with local artist Memo Diaz. Memo was in some shots as the "art critic", and you can catch a glimpse of him in the long version. There are no cameras that can capture the power of Memo's presence, which is why he'll eventually get his own movie as an artist/bounty hunter. 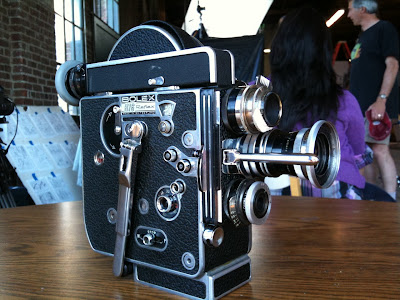 They took a lot of footage with this Bolex, too. Unfortunately, I don't think much of that was used, except for a few frames in the long cut. You can see some of Tom Price's storyboards in the background. Tom's a local board artist that used to teach at the Art Institute of Seattle. I had the pleasure of taking his class back in the old AIS days. 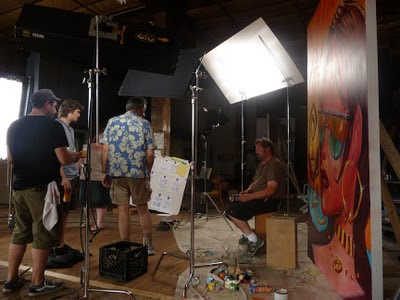 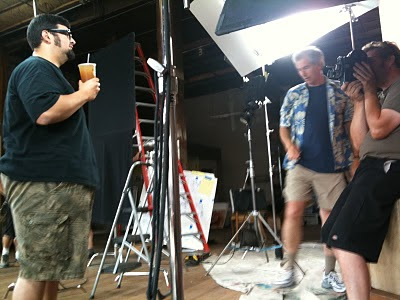 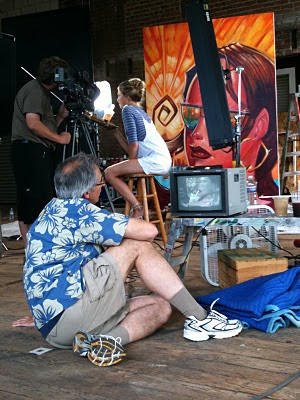 Dave Leonard was the man at the helm on the shoot, and made the whole experience go pretty smooth. You can see him above working out a shot that was a cool idea, but didn't make the cut. You can see in the monitor how they lined up the drink with the painting.
Anyway, all in all, good times on the shoot. Here's the link to the actual commercial.
http://www.client.moderndigital.com/leonard/tacotime/cactus_coolers_web30.mov
Also, here's the long version with some more added footage.
http://www.youtube.com/watch?v=WbJwrPHww2U
Posted by Augie Pagan at 4:32 PM

I gotta say, it was an experience. I may never know how to truly act w/ a cactus cooler in my hand, but watching you and the gang make art was pretty awesome. Nice epilogue on the whole thing. Was getting worried you wouldn't post anything about it!
LOL