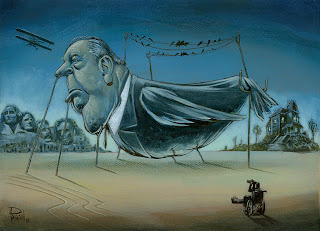 This Friday is G1988's (Venice) tribute to Alfred Hitchcock.
There's a scene in Hitchcock's Spellbound where Salvadore Dali designed the dream sequence. It's crazier than I remember. Should have done something more surreal now that I think about it Oh well.

If you're a Hitchcock nerd, this is pretty neat.
This is actually cooler. My buddies just turned me onto this Rear Window project.
Jimmy Stewart's POV spliced together in real time. Neato!
http://thecreatorsproject.com/blog/hitchcocks-irear-windowi-edited-into-a-panoramic-installation

Here's one more. Hitch's answer to, "What is your definition of happiness?"
http://www.dangerousminds.net/comments/alfred_hitchcock_on_happiness
It's my new mantra. 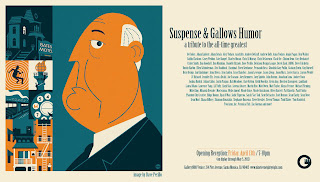 Posted by Augie Pagan at 8:12 PM 2 comments: Links to this post 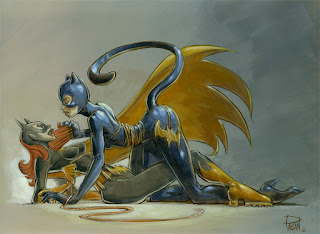 I know it's a little late for this, but I just wanted to say thanks to everyone that came out to Emerald City Comicon  earlier in the month and took the time to stop by the table and say hi. It was great to see everyone and catch up. The show was a huge success and I'm really looking forward to next year's show.

Anyway, this Friday, the Greenwood art walk is going to be in full swing. This piece is for the group show at Tasty. Get the deets below. There will also be some cool stuff going on at Urban Light studios and I'll be there for the closing party of the 5 year anniversary show as well as the book signing for the "Look Up Here" book that John and Michelle put together. There's also another show there that night I'll have a piece in. More on that soon. Hope to see you all there. 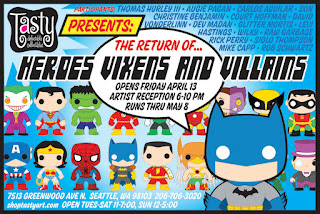 Posted by Augie Pagan at 9:46 AM 3 comments: Links to this post