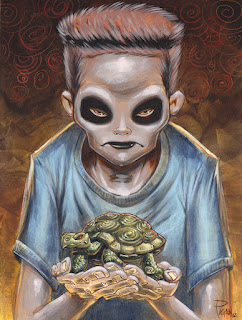 Here's a new piece for G1988's MEMES group show which opens tomorrow night on Melrose.
I can't believe I never saw this one. My brother showed it to me a couple years ago and I think we watched it over and over for about a half hour straight giggling our asses off. It's not as epic as Leroy Jenkins or Honey Badger, but that's why it's so brilliant. Short and to the point with the best delivery ever. This is just a long way of saying, "We like turtles too Zombie Jonathon. We like turtles too." 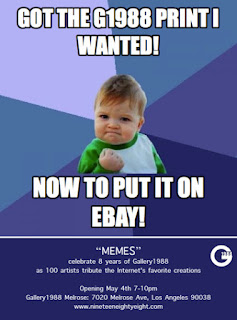 Posted by Augie Pagan at 9:15 PM No comments: 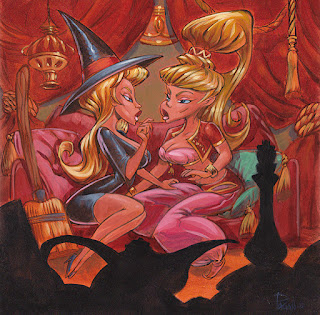 So, I have to play some catch up. I reckon I been slack on keeping up with some art shows on here lately. I went through a big move with the house and art studio recently (more on that later) and it's been hard keeping up on art related things on the inter-webs and such. Real life stuff tends to do that from time to time. So, if I've been out of touch and not returning calls or emails, that's why.

This piece was done for Solace's TGIF group show last month at Urban Light Studios. I think the interesting thing about the show was how you could tell which generations grew up in a certain tv show era. This is where you  separate the ALFs from the Fonzies. Anyway, I think I need to do more sketches of the Bewitched and Jeannie girls. They're really fun to draw.

Title: "What Happens in the Bottle Stays in the Bottle"
Size: 10" x 10"
Medium: Acrylics on gesso board
Posted by Augie Pagan at 9:00 PM No comments: