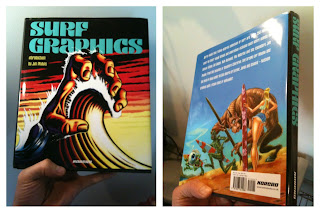 Growing up in and around the Bay Area (San Jose/Gilroy), I remember the beach culture to be very influential and the only other outlet where you could see some really creative art going on. Trips to the beaches around Santa Cruz and Monterey were the norm and sometimes you could be front row to a random movie being filmed (Got to watch them film Lost Boys when they were shooting in Santa Cruz.). 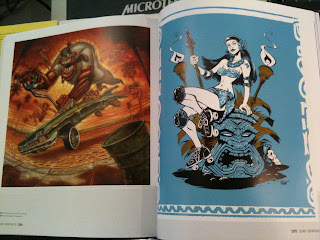 Anyway, that's just one small reason why I was super stoked to be part of this recent book that just came out called Surf Graphics. 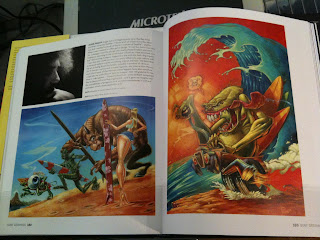 There are tons of great artists in the book. Keith Weesner, Damian Fulton, Mr. G. and Big Toe to name a few. There's also an introduction by Jim Phillips whose art also graces the pages of the book. It's also great to see Rick Griffin's influence still resonating in the art world.

Anyway pick the book up if you get a chance and check out the other stuff Korero Books has available. You won't be disappointed.

p.s. Here's a pro tip if you're trying to hide your beer on the beach and the beach narcs come around. One Pringles can will hold two cans of beer. You never know when that might come in handy, at the beach, or otherwise.
Posted by Augie Pagan at 3:12 PM