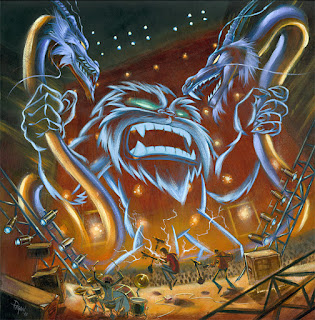 Another painting for a second show tonight in LA. It's Hero Complex Gallery's Weapon of Choice group show, hosted by Design Matters. Get all the deets here: http://www.herocomplexgallery.com/

The painting is a scene from Scott Pilgrim vs The World. A movie that's based on the comic.
I watched this flick again while I was doing the painting. Not sure why this movie got such a bad wrap. Loved it a second time as well. A movie that plays like a live action video game/comic? C'mon! Edgar Wright was the perfect director for it. Can't wait to see what he does with the Ant-Man movie.

The Humorist- An Art Tribute to Woody Allen 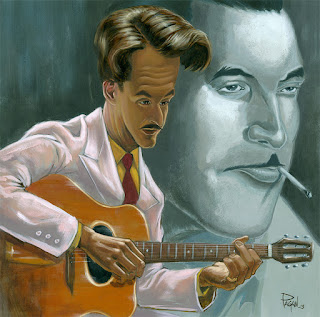 Here's a new piece for tonight's Woody Allen tribute show at G1988 in Venice. If you've never seen Sean Penn's performance in this flick, it's worth it just for that. Sean Penn plays a fictional jazz guitarist named Emmit Ray who is the second greatest jazz guitarist, after real life guitarist, Django Reinhardt.

That's the other reason I dig the movie. I love noodling on the guitar, and this movie introduced me to Django's  amazing guitar work. The guy was a ripper. Give it a listen if you get a chance. Also, here's the trailer for the flick if you've never seen it. 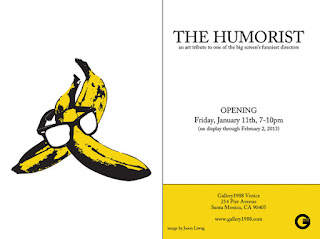 Posted by Augie Pagan at 1:45 PM No comments: Links to this post