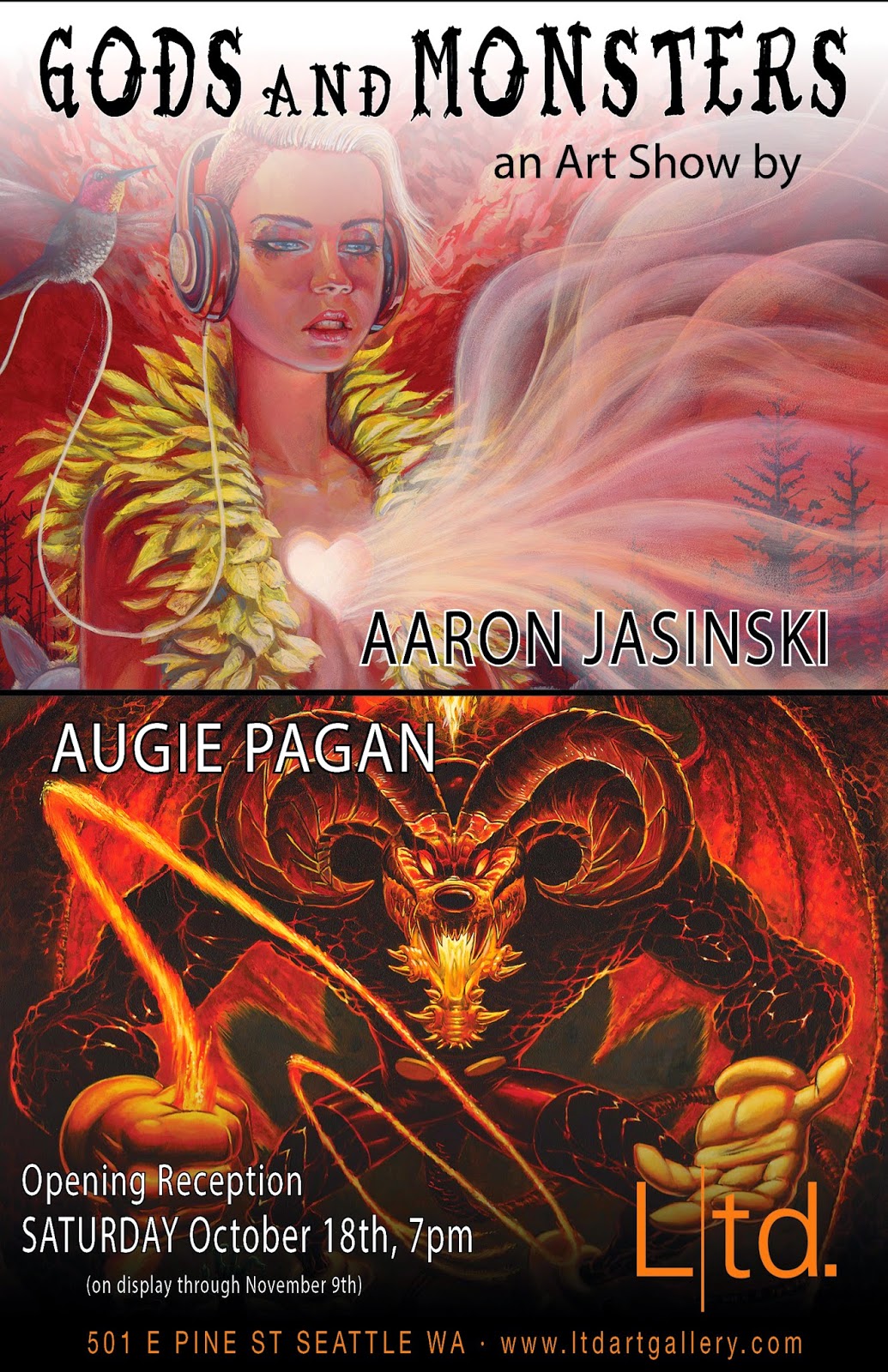 Next Saturday at The Limited Gallery in Seattle I'll be having a two person show with local artist Aaron Jasinski. If you're not familiar with his work, check it out here. This will also be the opening night of The Limited Gallery's new space they will be sharing with Gamma Ray Games and Ray Gun Lounge. Get some of those deets here.

With all these new social media sites popping up, it's been hard to keep up with this blog, but you can check out some progress shots and other randomness on my new Instagram page. Anyway, super excited for the show. Hope to see you there!

Posted by Augie Pagan at 12:06 PM No comments: Links to this post 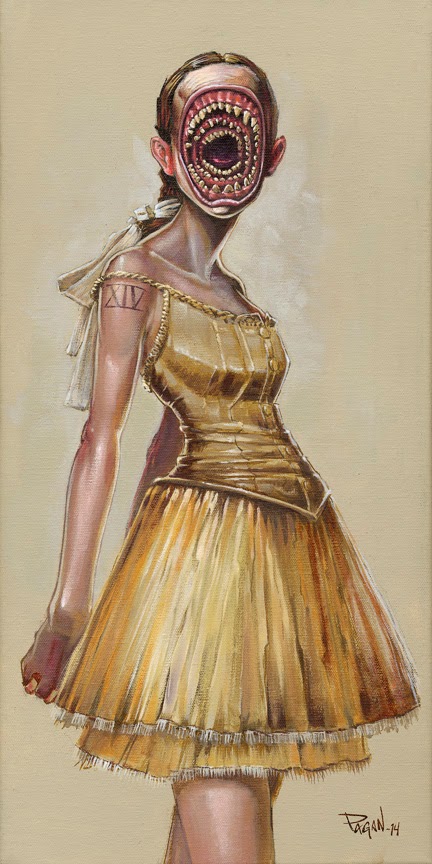 Here's a new piece for tonight's Joss Whedon show at Gallery 1988. I loved Cabin in the Woods and their take on the horror genre. Absolutely brilliant. This painting is based off the ballerina monster from the movie. If you don't recognize the pose, it's based off of Dega's Little "Fourteen-Year-Old-Dancer" statue. You can check out a process shot on the Instagrams.

Anyway, check out the gallery's website for info on the show. 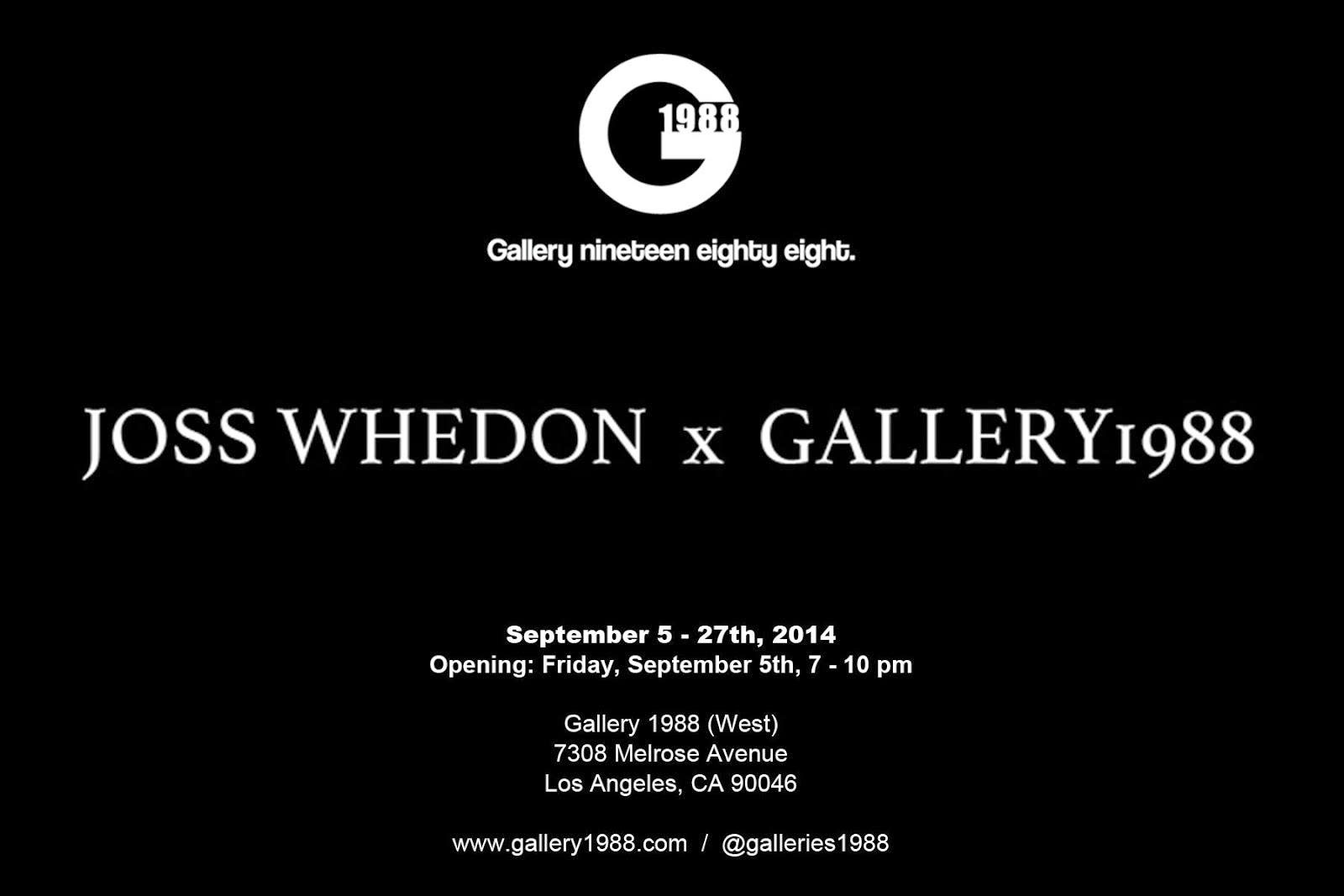 Posted by Augie Pagan at 1:51 PM No comments: Links to this post 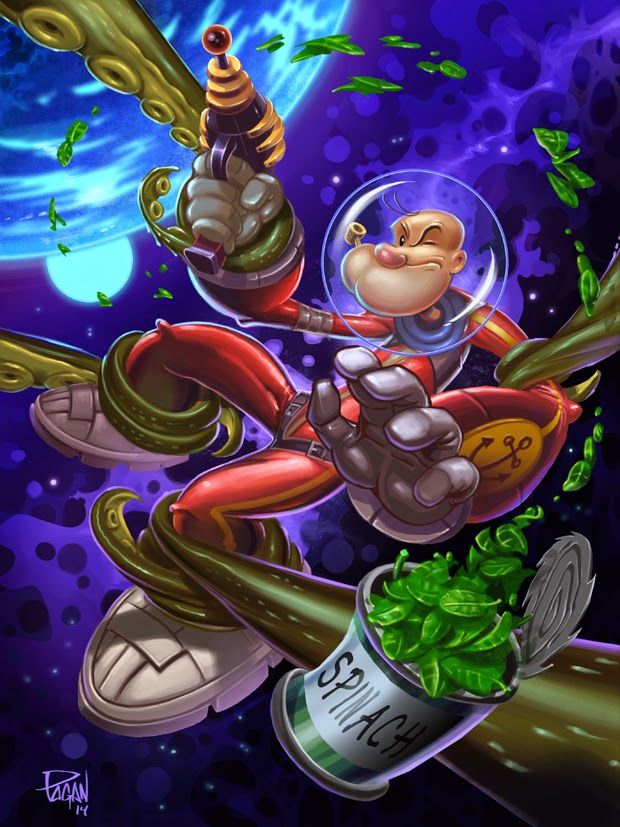 Tomorrow night' is Hero Complex Gallery's, Popeye tribute show. I decided to do this piece digitally, thinking it would go faster, but it never does. Still had a blast doing this one. I was always a fan of the old Max Fleischer Popeye episodes. Especially when Popeye was in another setting, like the "Aladdin and his Wonderful Lamp", episode. You can see some of the latest pieces for the show on the Tumblr page. It's looking to be a great turnout. If you can't make it out to the show and you're interested in a print, hit up Hero Complex Gallery.

Sorry for the lack of updates on here, but I'm gearing up for an October art show at The Limited Gallery with Aaron Jasinski. Should be a lot of fun. It's hard to keep up with all the social media nonsense, I mean, business, but, I'll have some sneak peeks of some of the pieces on the Instagrams if you want to keep track there.

Speaking of art shows, keep an eye out for one more post. I'll be posting my piece soon for tomorrow night's Joss Whedon show at Gallery 1988. Stay tuned! 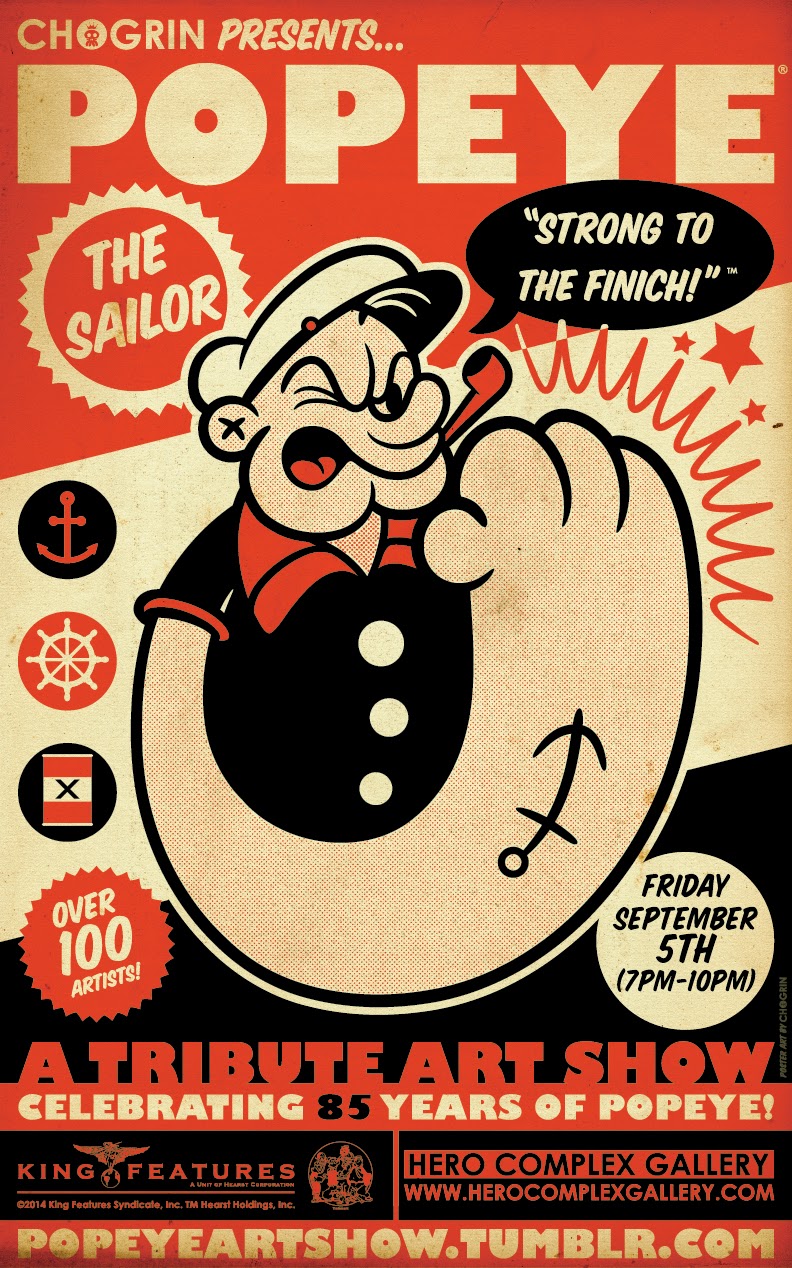 Posted by Augie Pagan at 6:20 PM No comments: Links to this post 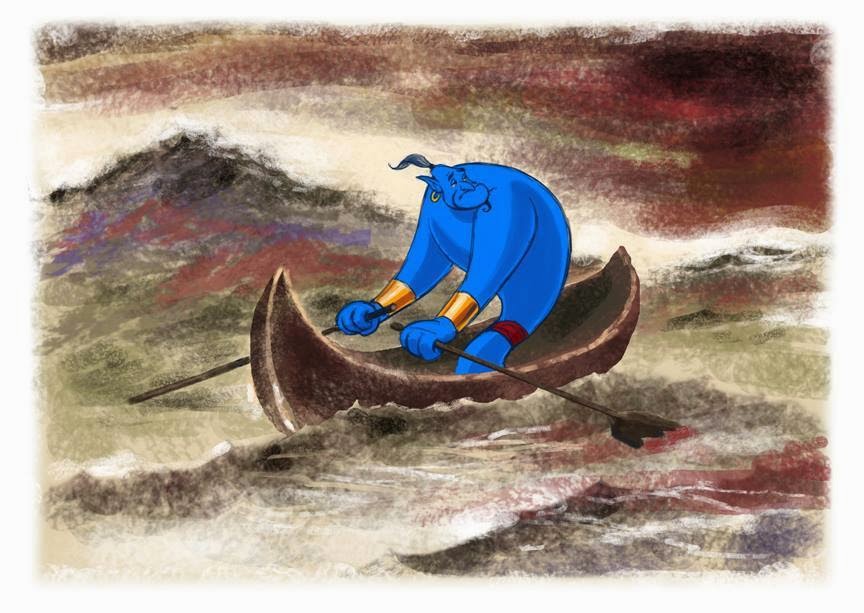 So long, chief.
Posted by Augie Pagan at 9:50 PM No comments: Links to this post 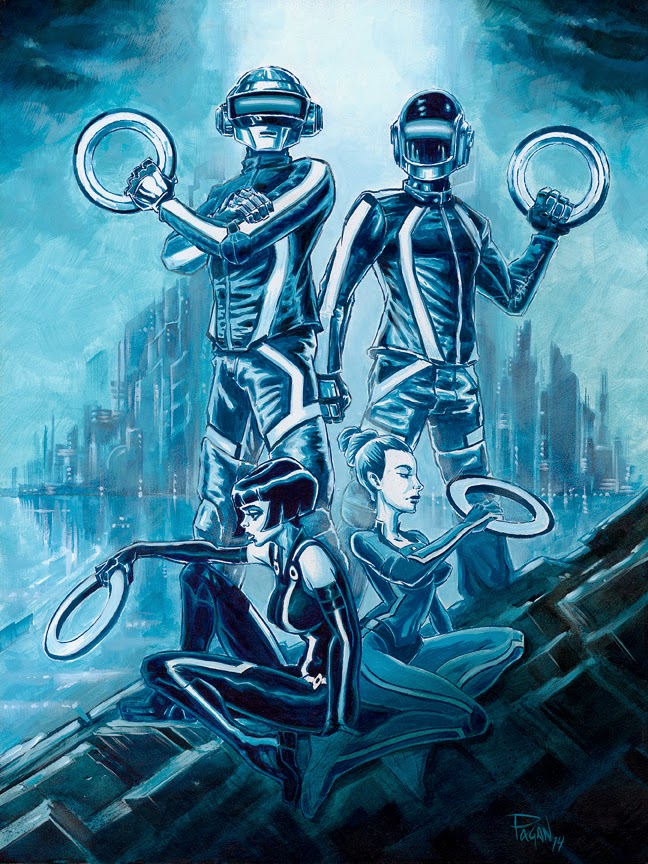 Here's the latest piece for Gauntlet Gallery's 2nd Daft Punk group show.
I decided to go with the Tron version of Daft Punk for this piece. I dug the visuals from Tron Legacy, and the soundtrack that Daft Punk did for the flick is the perfect music to paint to.

On the topic of painting, it was fun to go with a monochromatic palette to try and capture that Tron vibe. If I had more time I would have dusted off the old airbrush to get some nice glow effects. This was also an attempt at a looser and faster approach I might look more into, just to change things up a bit. Must experiment.

Anyway, if you're in San Francisco tonight, check out the show! 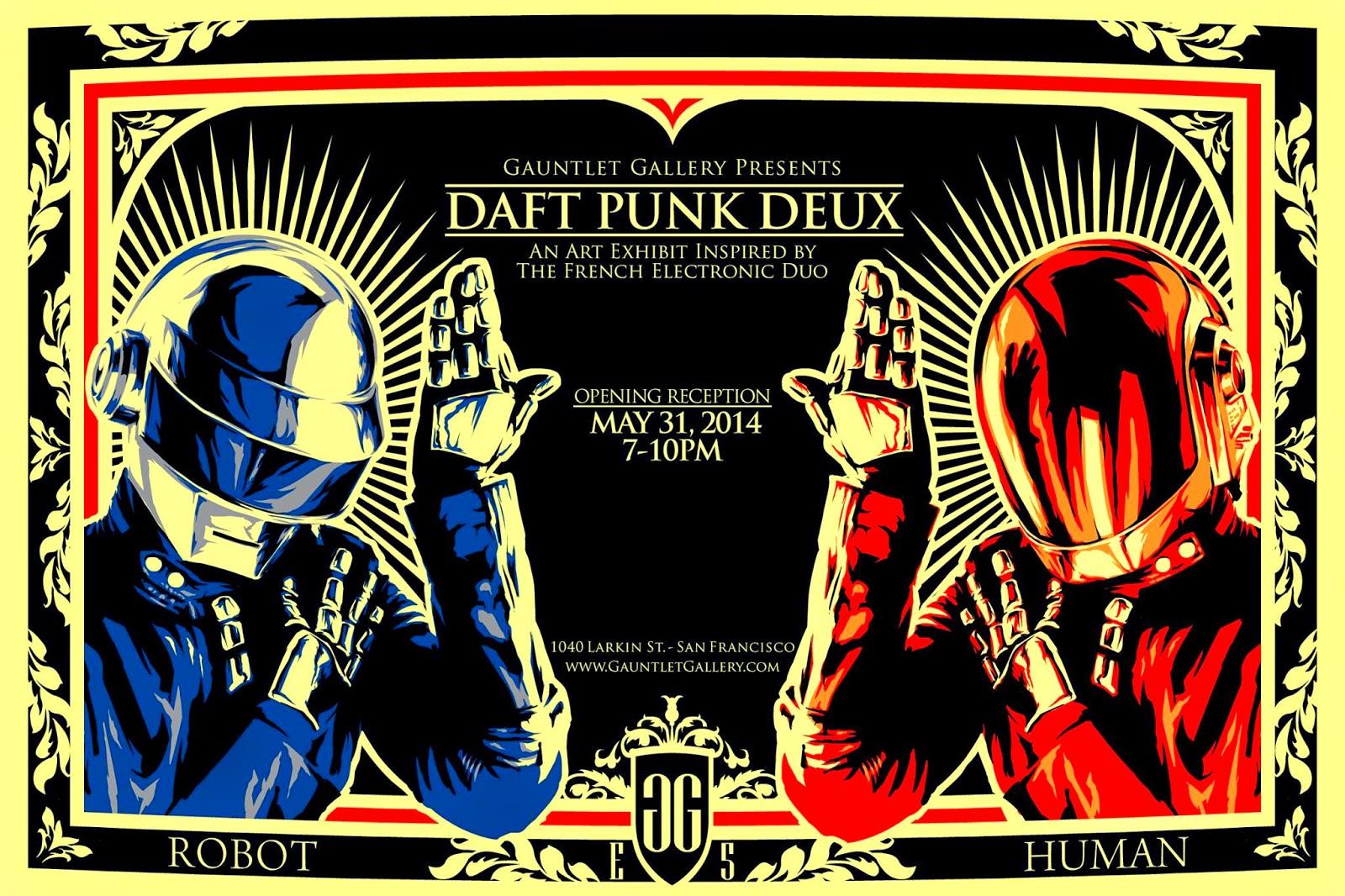 Posted by Augie Pagan at 12:44 PM No comments: Links to this post 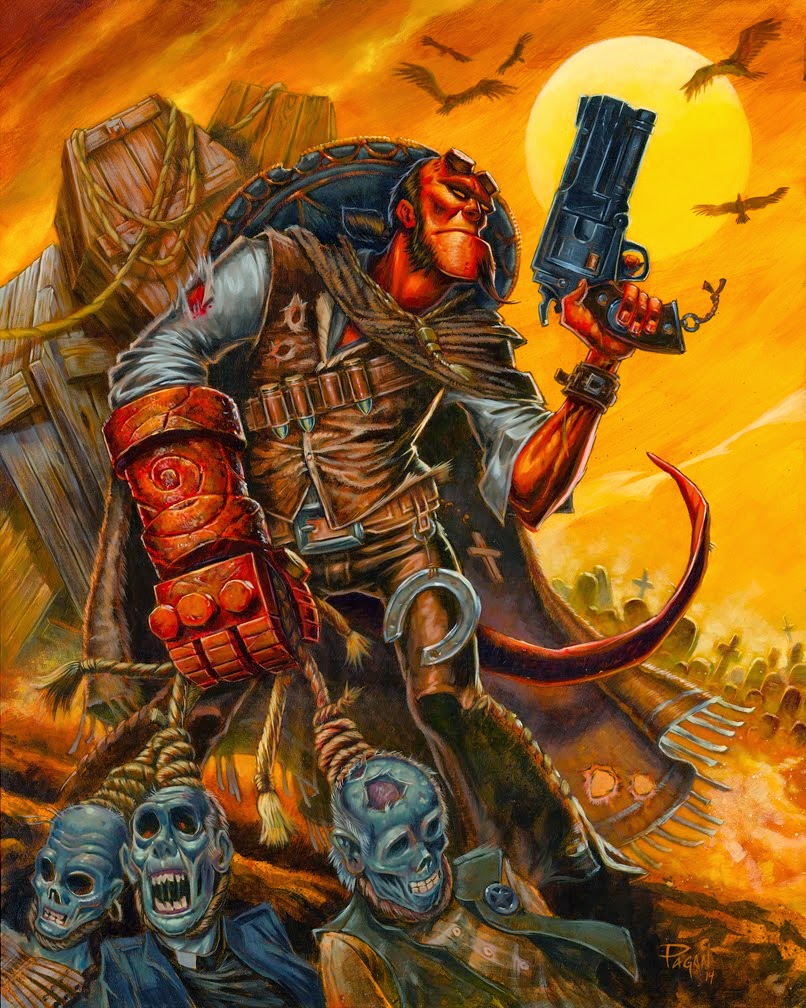 This year is the 20th anniversary for Hellboy, and Hero Complex Gallery, in LA, is having a huge group show to celebrate it, this Friday night. Hellboy is easily one of my favorite comic characters. If you've never read the comics, they're totally worth tracking down. I remember seeing a sketch Mike Mignola did of the character, before anyone ever knew who Helboy was. I'll get to that in a minute. 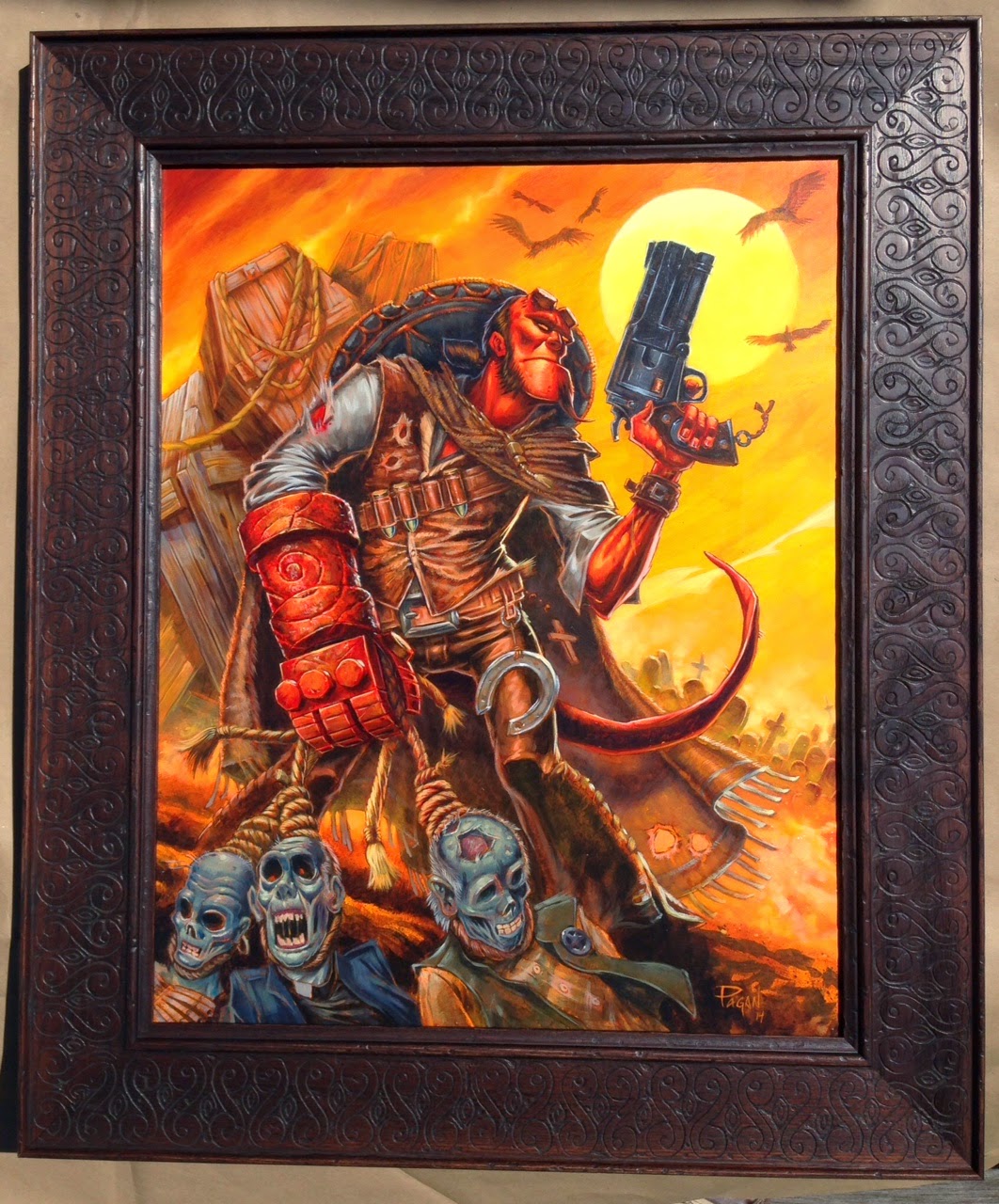 Here's how the piece came out framed. Really happy with how it turned out. 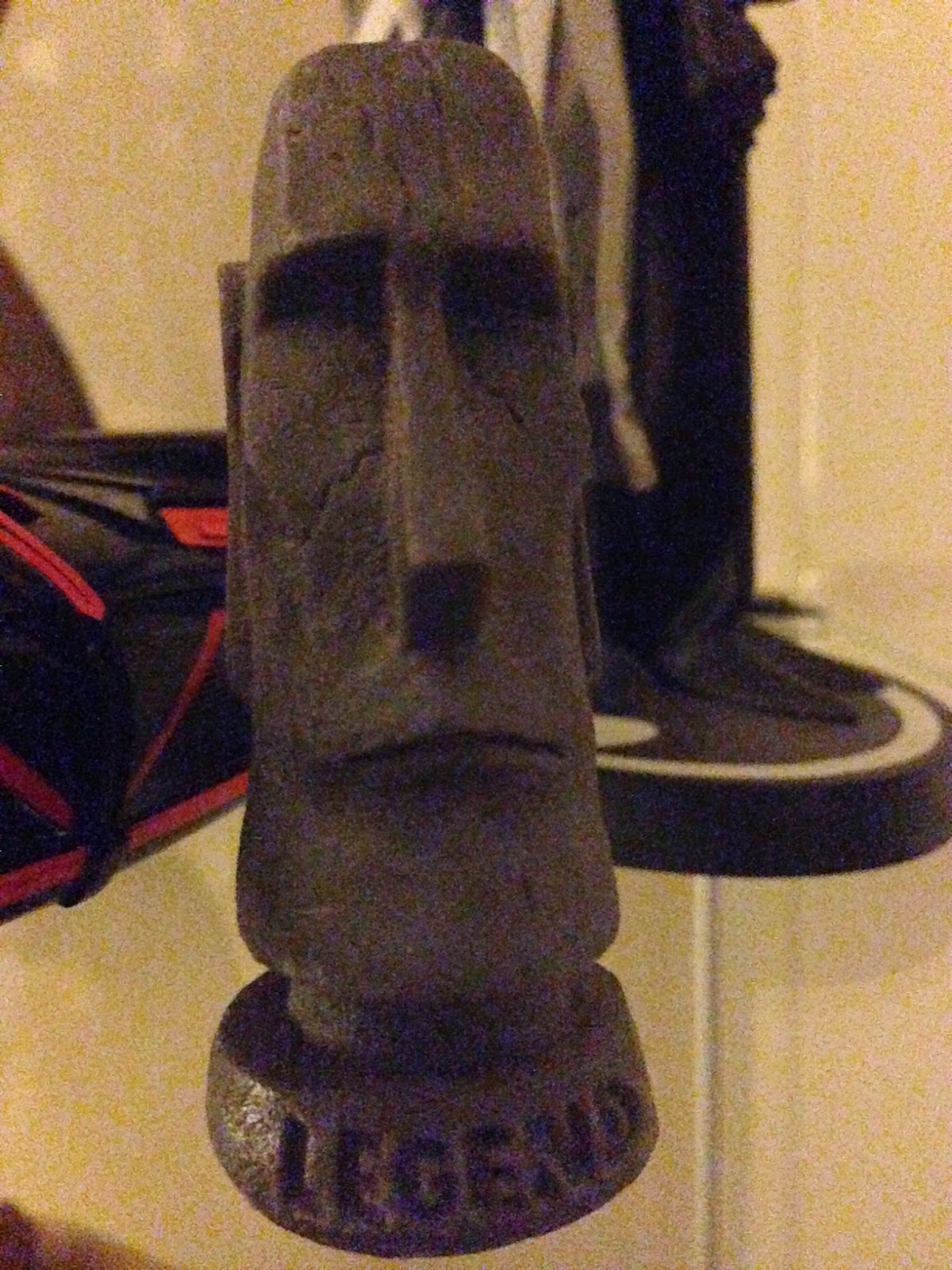 So, back in the 90's, it was either Portland or Sand Diego con, and a buddy of mine came back excited that he got a sketch from Mike Mignola, but neither one of us recognized the character. It looked like The Thing with goggles on his head, but my buddy told me it was a new character Mignola was working on. Anyway, that was the year that Dark Horse was announcing their new imprint called LEGEND. This was the line where Mignola launched Hellboy.

I remember going to a panel where they announced the new Legend books. Also on the panel for the new imprint were, Frank Miller, Art Adams, John Byrne, and Geoff Darrow. These guys! Anyway, it was super exciting, but long story short, Dark Horse pulled an Oprah and asked everyone to look under their seats. A lucky group of comic nerds, myself included, had little Easter Island heads hidden under their seats. This was the logo for the new line of books. Check it out here.

Ok, that's the short version of the story. It's pretty amazing how long Hellboy has been around. Guillermo del Toro did an amazing job with the movies and making Hellboy a house hold name. Everyone out of my nerd circles only knows him from that, and after tomorrow night's show, hopefully, Hellboy will be reintroduced to some new fans. Congrats on 20 years Mr. Mignola. Keep those stories coming! 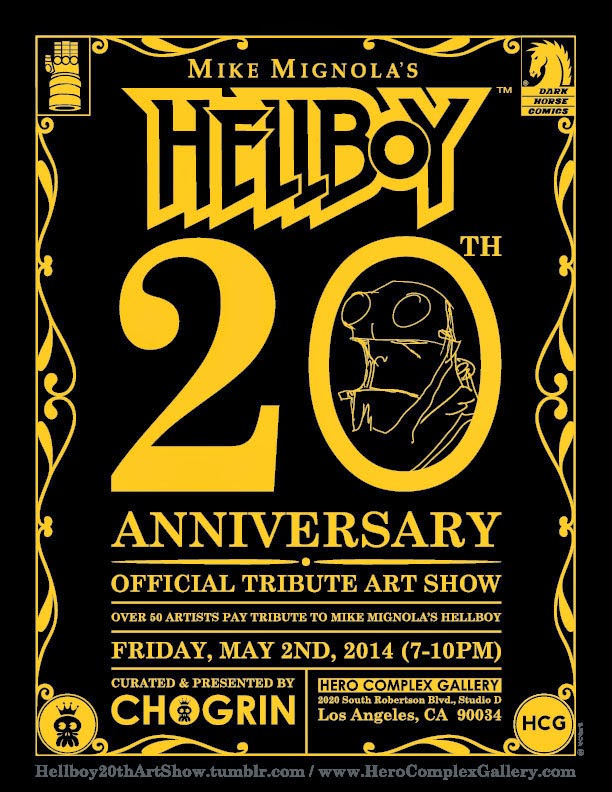 Posted by Augie Pagan at 9:32 AM No comments: Links to this post 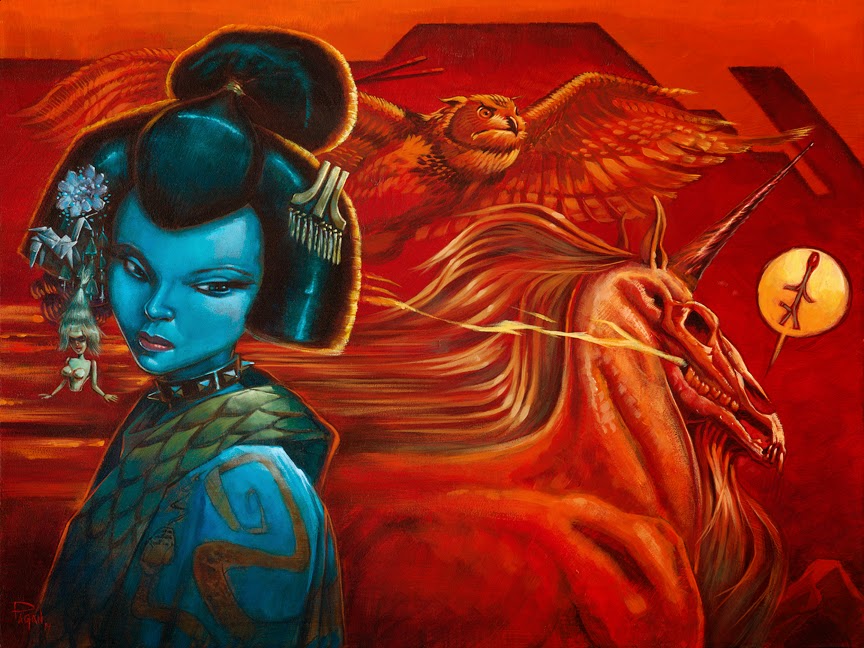 Tonight is Gallery 1988's 10 year anniversary. It's a real pleasure to be in this group show. Being able to show art along with all the talent that Jensen and Katie have brought to their gallery for the last 10 years has been a blast. It's also been an honor to meet some of the artists from these group shows that I've been following online. Seeing their work and seeing the new talent that comes through the gallery has been a real kick in the ass and keeps me humbled every time. Congrats to Jensen and Katie and all the crew at Gallery 1988! Here's to 10 more years!

Posted by Augie Pagan at 11:53 AM No comments: Links to this post