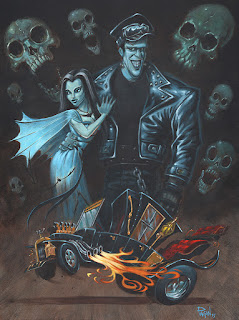 This Saturday I have a piece in the George Barris tribute show at Surf Club Gallery. Before there were crazy suped up hot rod cars like the ones in Mad Max Fury Road, there were the cars of George Barris. It seemed like every other sit com when I was growing up had a crazy custom car in it. Besides designing the now classic Batman car from the original tv show, Barris did everything from the car in the Monkees, Beverly Hill Billies, the two cars from the Munsters, and countless others. If you're a car nut or just want to see come great car designs that are out of this world, look up George Barris. He's one of a kind. 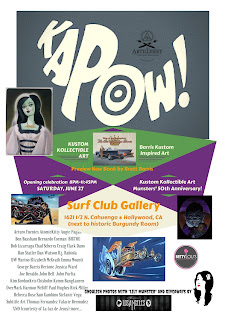 Posted by Augie Pagan at 5:52 PM No comments: Links to this post 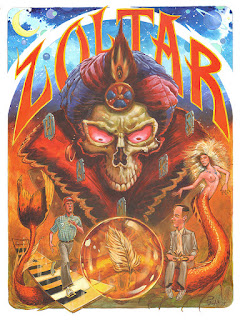 Here's a new piece for tonight's Tom Hanks group show at Gallery 1988.
A mash-up of Big, Forest Gump and Splash.
You can almost imagine a world where Forest Gump's kid grows up to have kids that play other Tom Hanks characters. It could even all be controlled by Zoltar.

Upon revisiting the movie Big for research, I came across a scene that was kind of interesting. Once Tom Hanks character is working at the toy company, his project he ends up pitching towards the end of the movie was supposed to be a children's, interactive, choose your own adventure, comic book. That movie came out in 1988. Whoever came up with that idea to put in the movie was way ahead of the curve. I'm now surprised we didn't have interactive comics sooner than later. As a long time comic book fan, I'm curious to see where interactive comics go in the future. Think you can help me out Zoltar? 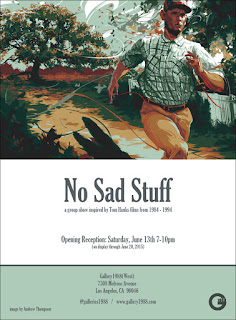 Posted by Augie Pagan at 7:02 PM No comments: Links to this post